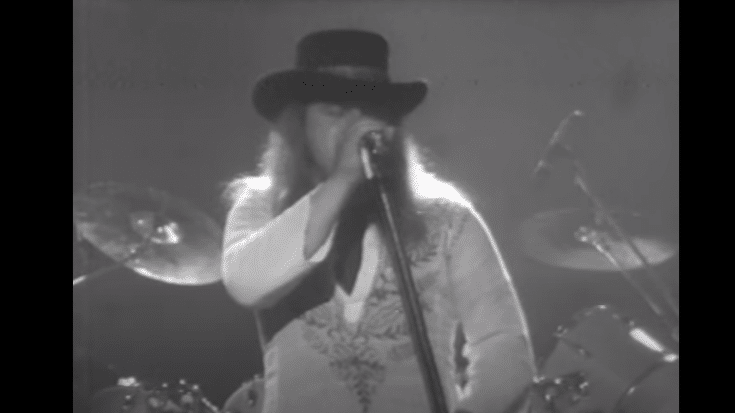 On July 13, 1977, Lynyrd Skynyrd performed at the Convention Hall in Asbury Park, NJ. They kicked off their eleven-song setlist with “Workin’ For MCA” from their second studio album “Second Helping.” MCA is the name of the band’s record company and so this song is basically about them landing a deal. They were signed for $9,000. The song was written by Ed King and Ronnie Van Zant.

According to the note in their box set, “When Skynyrd hit the stage with a roaring version of ‘Workin’ For MCA,’ written especially for the event, the party stopped while 500 hardened industry vets stood on chairs to get a glimpse of the unknown band.” They opened for The Who on their Quadrophenia tour in the United States and achieved success with their debut LP “(Pronounced ‘Lĕh-‘nérd ‘Skin-‘nérd).” Lynyrd Skynyrd managed to maintain the momentum by following it up with their next studio effort “Second Helping.”

Check out their performance and the concert’s setlist below.