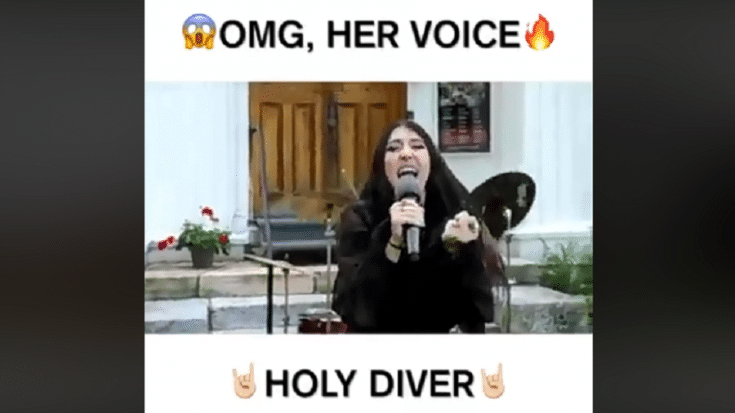 via For the Love of Art Life Music Sports Technology/Facebook

The Next Generation of Rockstars

“Holy Diver” is the lead single and title track off Dio’s debut album. It only peaked at #40 on the US Billboard Rock Tracks but it became one of Ronnie James Dio’s signature songs. Speaking with Sam Dunn for the 2005 documentary film Metal: A Headbanger’s Journey, Dio said: “The song ‘Holy Diver’ is really about a Christ-figure, who on another place, not Earth, has done exactly the same as we’ve apparently experienced or were supposed to have experienced on Earth: dying for the sins of man so that man can start again and be cleansed and do it properly.”

He also stated in a 2009 interview, “‘Holy Diver’ is the metal tune that will not die. For some reason, that album and the song really hit a chord with people.”

It’s an absolute classic and what better way to pay tribute to this heavy metal titan than by performing this tour de force.

A family rock band from Downey, CA called Liliac took on Holy Diver and it’s nothing short of spectacular. Not surprisingly, Ronnie James Dio is one of their influences particularly for bass player and lead vocalist Melody. That’s why they went all-out with this cover.