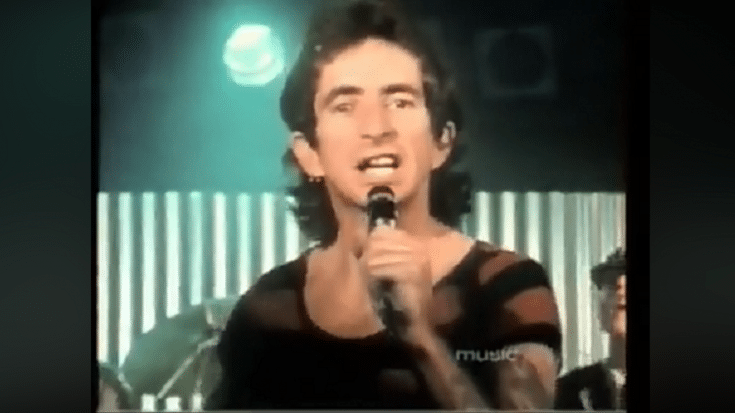 “Jailbreak” is AC/DC’s final track on the Australian version of their 1976 album Dirty Deeds Done Dirt Cheap. It wasn’t until October 1984 when it was finally released in the United States. Bon Scott drew inspiration from something he read in the newspaper – about an actual criminal who tried to escape prison. What you’re about to see is one of two videos they shot for Jailbreak.

It is allegedly filmed in Bon Scott’s backyard but we can’t find anything to back that up. As expected, AC/DC brought the house down with their high octane performance. And Scott is probably the only one who can wear flare pants and crop top and still look every bit a badass rockstar. Again, we can’t verify that this was indeed recorded in Scott’s backyard (and we very much doubt that too). Nevertheless, it’s a real gem.

The other video is probably something you’ve already seen – Bon Scott and Phil Rudd were dressed in blue prisoner uniforms while Malcolm Young and Mark Evans wore guard uniforms. And then there’s Angus Young who had what he called “little convict pajamas” on. They went all out with that mini movie especially with the use of fake blood and explosions.