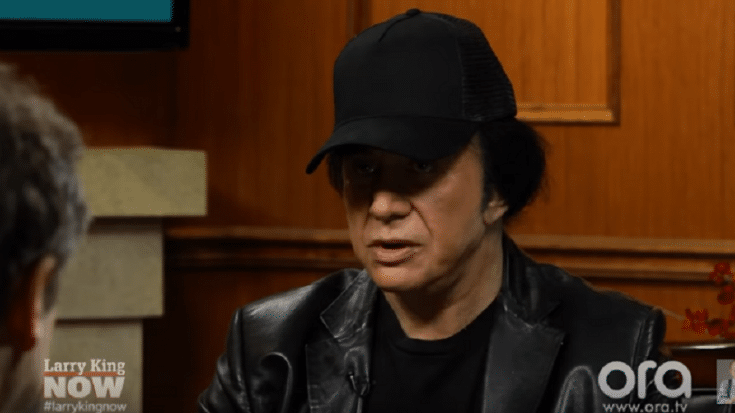 “Don’t stay on there too long.”

Gene Simmons sat for an interview with guest host Dennis Miller on Larry King Now and talked about KISS’ Farewell Tour back in 2000 which had no shortage of drama. Peter Criss walked out and was replaced by Eric Singer. He claimed that at the time, the band “became dysfunctional to the extreme.”

He also said, “They were asked to leave or left on their own volition three different times because of the cliché of clichés — bad behaviour, unprofessionalism, drugs, alcohol. It’s, like, it’s been done — come on. Then we looked at each other and said, ‘If we can’t live up to the, ‘You wanted the best, you’ve got the best, the hottest band in the world,’ let’s just call it quits.’ You’ve got the cash, the fame. So we stopped — we stopped for a while.”

Talking about their End of the World Tour, to which they recently announced 75 more dates in 2020, Simmons stated: “It’s a long one. We’ve got another two years of staying out there. We’ve already done 93 cities around the world, [and we are] coming back again. But the reality is that I’m 70. By the time I’m 72, it’s time to get off the stage. We’ve both seen bands that stayed too long on that stage… You wanna get off the stage before they’re tired of you… Leave them wanting more. Don’t stay on there too long.”