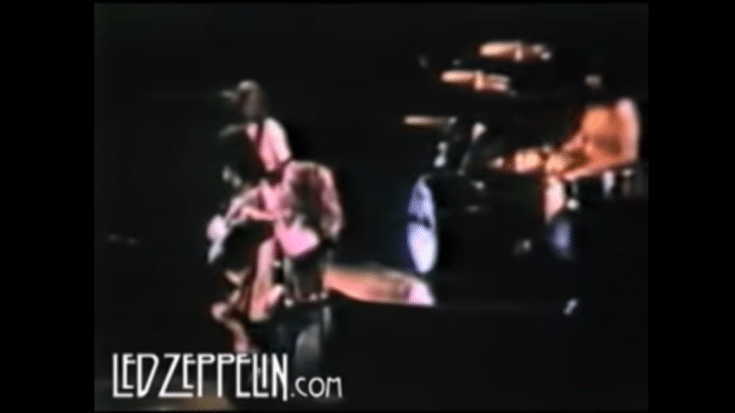 On June 22, 1977, Led Zeppelin performed at The Forum in Inglewood, CA as part of their North American Tour. This is the second of six dates in the same venue.

Led Zeppelin’s in top form with frontman Robert Plant hitting those high notes like it’s no big deal. Guitarist Jimmy Page, drummer John Bonham, and bass player John Paul Jones also delivered the goods. It was truly an epic show – just check out the seven-minute 8mm film footage below. It may not be the best quality but it certainly gives us a glimpse of that night.

Led Zeppelin’s 1977 trek would be their final North American concert tour. Divided into three legs, it kicked off on April 1 in Dallas and wrapped up on July 24. It was originally scheduled to conclude on August 13 but was cut short because Plant’s five-year-old son Karac passed away.