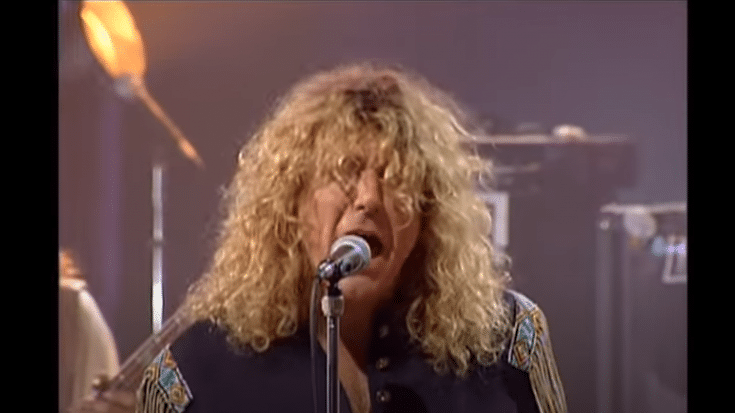 Plant later commented, “The will and the eagerness with Unledded were fantastic and [Page] was really creative. Jimmy and I went in a room and it was back. His riffs were spectacular. To take it as far as we did, and the tour we did – it’s one of the most ambitious and mind altering experiences.”

For the video below, they performed “Black Dog” for Dick Clark’s American Music Awards live in London.

“Black Dog” is the opening track of Led Zeppelin’s untitled fourth studio album. Bassist John Paul Jones came up with the main riff. It’s a complex song, making it difficult to play but it also served as a testament to the band’s virtuosity. It eventually became a staple in their concerts as it was a fan favorite.

Check out Page and Plant’s take on one of their most enduring hits below.