Watch 1967 Performance Of “Light My Fire” By The Doors 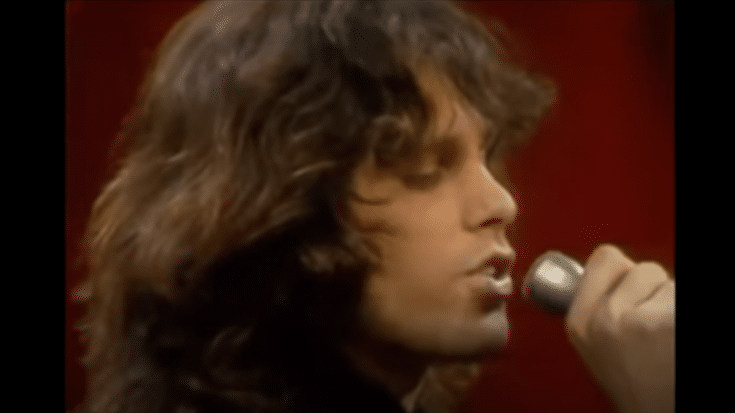 On December 27, 1967, The Doors performed their single “Light My Fire” live on CBS’ The Jonathan Winters Show but they actually filmed their performance three days before the episode aired – on December 24.

“Light My Fire” dominated the top spot on the US Billboard Hot 100 for three weeks. It was mainly written by guitarist Robby Krieger but was credited to the entire band. Five months after its release, it was certified gold by the RIAA.

Krieger told Uncut, “I was living with my parents in Pacific Palisades – I had my amp and SG. I asked Jim, what should I write about? He said, ‘Something universal, which won’t disappear two years from now. Something that people can interpret themselves.’ I said to myself I’d write about the four elements; earth, air, fire, water, I picked fire, as I loved the Stones song, ‘Play With Fire,’ and that’s how that came about.”

“Light My Fire” eventually became their signature song and it’s the track that propelled them to superstardom. It’s also what they played when they appeared on The Ed Sullivan Show on September 1967. They were asked to change “girl, we couldn’t get much higher” to “girl, we couldn’t get much better” but Jim Morrison still sang the original lyrics.

Check out their performance on The Jonathan Winters Show below.