Relive The Time Regis Philbin “Auditioned” For Mötley Crüe In 1997 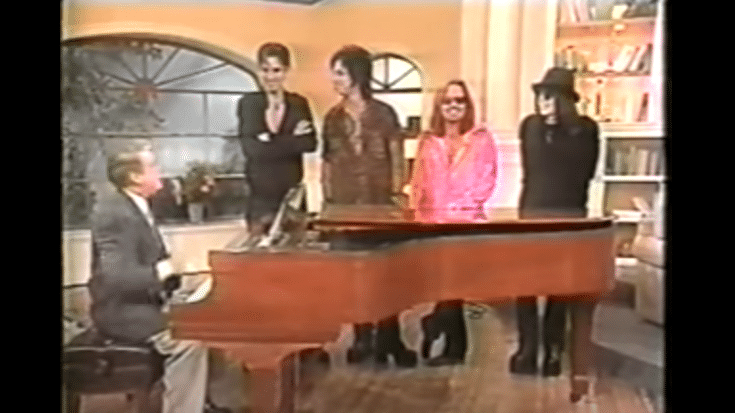 Legendary broadcaster and TV personality Regis Philbin passed away at 87 years old. He was the host of several television and game shows including ABC’s “Who Wants to be a Millionaire.” He also hosted Miss America pageants and received nominations for 37 Daytime Emmy Awards – six of which he won. He was inducted into the National Association of Broadcasters Hall of Fame and the Television Academy Hall of Fame in 2006.

And according to Guinness World Records, Philbin has the most hours on TV with over 16,700 hours on air.

Back in 1997 in one episode of Live With Regis and Kathie Lee, Philbin “auditioned” for Mötley Crüe when they were promoting their album “Generation Swine.” It’s the first time the band appeared on a national morning show and it’s rather memorable too.

Philbin said, “Let me just look at you guys close up. Motley Crue: Yeah, you fit the name! You guys are probably looking at me like I’m some kind of square.” After a short but funny interview, Philbin proceeded to perform for the quartet. He sat behind the piano and played his rock version of “Old MacDonald Had A Farm.”

Mötley Crüe just laughed at his piano piece. Check it out below.