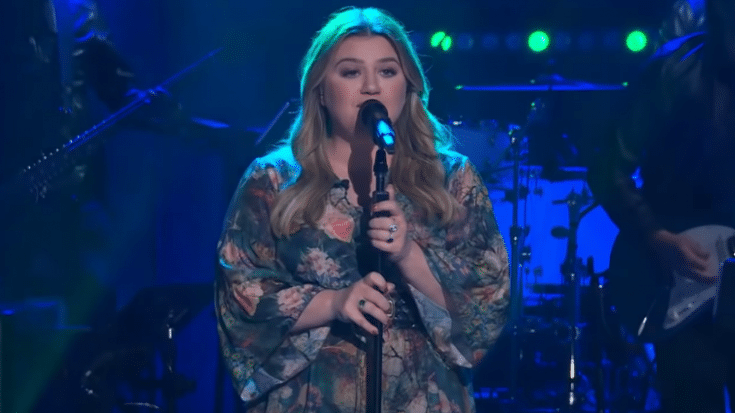 Grammy Award-winning and daytime talk show host Kelly Clarkson covers “You Make My Dreams Come True” by Hall & Oates. She performed the classic hit on her signature series, Kellyoke (portmanteau of Kelly and karaoke), on The Kelly Clarkson Show.

We all know that Clarkson rose to fame after winning the first season of American Idol in 2002. Now, she’s the one giving recognitions to singing contest winner. Recently on her show, she surprised Jewel, the winner of the singing competition show The Masked Singer, with the trophy for her win.

In other news, Clarkson talked about her latest Christmas album on the iHeart Radio Love Someone With Delilah podcast, the album featured songs inspired by heartbreak after her recent divorce.

Then jokes about being a “red flag collector” saying,

“I mean… I’m just collecting them,” and continued, “I was apparently wanting to do some kind of exhibit with a lot of them.”

“Like in relationships, it’s hard to be as creative as I can because I wear my heart on my sleeve. I mean… you never know about love.” Clarkson said.