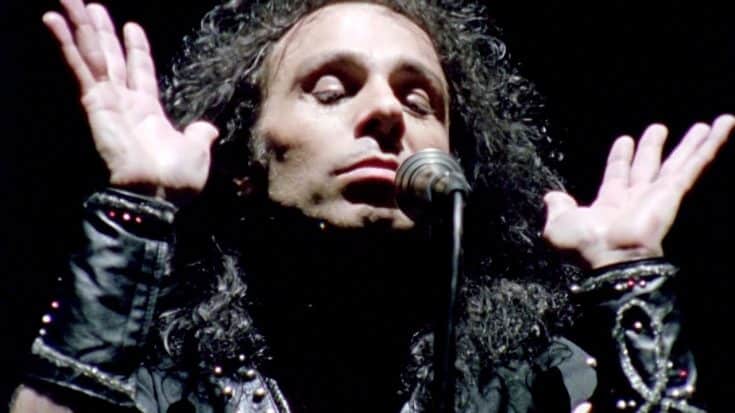 The long-awaited documentary on the life of the late Ronnie James Dio is finally set for release this year after being announced in 2020.

Dio’s one of the most influential heavy metal singer who performed in Elf, Rainbow, Black Sabbath, Heaven & Hell as well as fronting his own band Dio.

Some parts of the film would be based on Dio’s unfinished autobiography “Rainbow in the Dark” which was named after one of his 1983 hit singles with his band Dio. In 2010, Dio died from stomach cancer at the age of 67. Prior to this, he was working on the book with rock biographer Mick Wall then later completed by the Dio family estate along with Wall and released in 2021.

According to a statement, “the film will chronicle the inspiring journey of his life, love, and storied career.” It features never-before-seen archival footage and photos from Dio’s personal archives which include intimate scenes with some of the artist’s closest peers, friends, and family.

As announced before, the documentary will be co-directed by Don Argott and Demian Fenton. The two have worked together on several films in the past, best known for 2005’s Rock School.

Dio’s widow Wendy who have seen the first cut of the film has described it as “very emotional.” In an interview she said, “[It] goes all the way through his life till the end,” adding, “I was watching it with my publicist and a person from BMG, who are funding the documentary, and we all cried.”

Wendy was speaking on The Lucas H. Gordon Show and she revealed some artists that would be part of the film, including Judas Priest frontman Rob Halford, Tenacious D frontman and actor Jack Black, The Runaways guitarist Lita Ford and Dio’s Black Sabbath bandmate Geezer Butler.

“Ronnie loved his fans and I hope they will enjoy this trip through Ronnie’s life.” Wendy said.