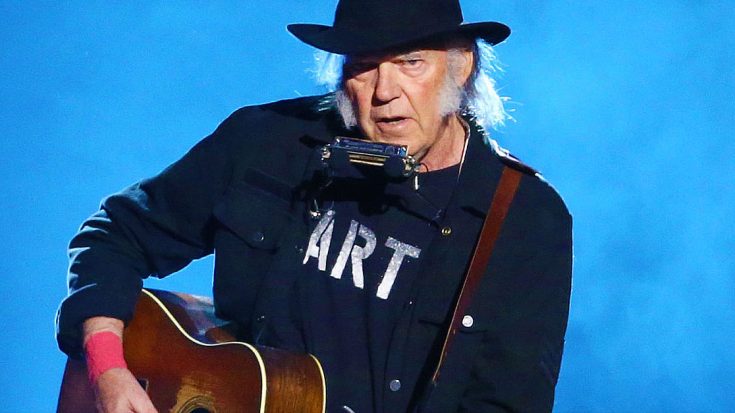 Neil Young and Crazy Horse released a video for their song “Don’t Forget Love”, a track included on their recent album “Barn.”

At first, when you listen to the lyrics of the song, you’ll think that it’s about a message to simply don’t forget love even at times when things are falling apart. Which seems like a good reminder, especially with everything that has been happening now. But Young said,

“I wrote that song for myself, so that whenever I start to lose it, I can just listen to that and go, ‘I wrote that; why can’t I just do that.’ So a lot of it’s cheap therapy; very cheap: we threw that in for nothing – you paid for nine songs and you got that one for nothing.”

Barn was released in December 10, and it was recorded in an actual 19th-century barn in the heart of Laurel Canyon to the solitude of the Rockies. The album is composed of songs addressing everything from love to climate change.

Young kept surprising us with his releases, just after releasing Homegrown, which was recorded in 1974, Young kept digging in his personal vault for unreleased songs and thus announced another lost album with a collection of tracks from 1987 dubbed “Summer Songs.”

Watch the official music video below.