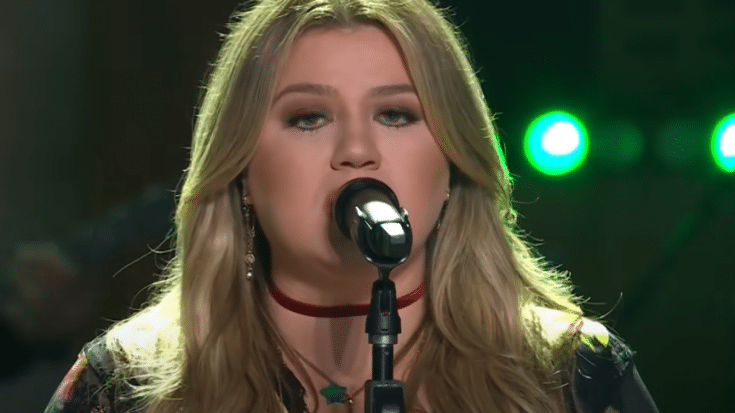 Grammy Award-winning and daytime talk show host Kelly Clarkson covers a Stevie Nicks classic hit “Edge of Seventeen.” She performed with her band Y’all on the April 22 episode of her signature segment, Kellyoke (a portmanteau of Kelly and karaoke), on The Kelly Clarkson Show.

“Edge of Seventeen” is the third single off Nicks 1981 debut solo album Bella Donna. It’s one of the most famous songs from Nicks as a solo artist reaching No. 11 on the Hot 100 while the album topped the Billboard 200 and spent 143 weeks on the chart.

Just last summer, Bella Donna celebrated its 40th anniversary. In celebration, Nicks reflected on what the record means to her with a touching statement:

“It defined how I would feel about love forever. It broke my heart and gave me the strength to fight for it. It did not break up Fleetwood Mac. If anything, it kept us together.”

The latest cover from Clarkson isn’t the first from Nicks’ work. Last year, on another Kellyoke episode, Clarkson and her band performed their rendition of Fleetwood Mac’s “The Chain”, and last January, they performed the band’s Hot 100 No. 1 single “Dreams.”

Watch Clarkson’s performance of “Edge of Seventeen” below. Some of the comments read:

“When Kelly can give justice to songs in a short amount of time. That’s what I call a Legend”

“Kelly needs to do a rock album.”

“Stevie Nicks will be proud of Kelly! What the great and beautiful song for her!”