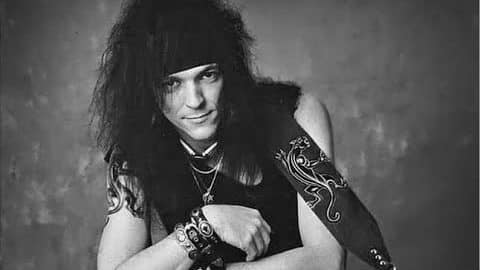 Randy Rand, the founding bassist for the ‘80s hair metal group Autograph, has passed away.

Rand’s passing was confirmed in a statement from Autograph’s social media pages which read:

“It is with great sorrow and heavy hearts to announce the unexpected passing of our cherished friend and founding member of Autograph, Randy Rand.

“Although beyond devastated, we find some comfort and solace knowing the last couple of years have been some of his happiest as an artist and as a performer. Randy was the consummate optimist and was so excited to see the new direction, creativity and renewed energy with the band. You could feel his excitement- as it was quite palpable with his playing abilities, performances and the way he interacted with his beloved fans.”

Autograph was formed in 1983 and they reached famed at the Sunset Strip music scene. Before joining the band, Rand played in the band Wolfgang and worked as a session musician for several years. Until he became Autograph’s founding bassist alongside singer Steve Plunkett, guitarist Steve Lynch, drummer Keni Richards and keyboardist Steven Isham.

One of the highlights of the early days of their career is when they got to open for one of their contemporaries, Van Halen. In 2020, Rand recalled to Antihero Magazine:

“We knew Van Halen, we knew Quiet Riot, we knew all the guys from the 70s coming up. I was friends with Lita Ford at the time. She called me in New York when I was working with Lita and said, ‘Do you want to go on tour with Van Halen?’ because they were our friends. I said, ‘Sure.’ We weren’t even a band yet.”

“We really thought we were going to get our ass kicked because it was like 15,000 people for your very first gig ever. We named the band Autograph on the way because that was the only name that we didn’t hate.”

From that experience, the band released their debut album Sign In Please in 1984. The LP featured Autograph’s breakout hit “Turn Up the Radio,” which reached No. 29 on the Billboard Hot 100, while its music video received heavy rotation on MTV.

Although the follow-up single “Send Her to Me” failed to get the same success of their first hit. Autograph then released another two records, 1985’s That’s the Stuff and 1987’s Loud and Clear before eventually breaking up in 1989.

After saying goodbye to his rock star life, Rand pursued a career in leather making and ran a business specializing in handcrafted leather goods for more than 20 years. Until 2013 came and Rand reunited with Lynch for an appearance at the annual NAMM show.

The duo decided to revive Autograph and they released two new albums, Louder (2016) and Get Off Your Ass (2017). However, in 2019, Lynch left the band and Autograph continued with Rand performing alongside a new lineup. They were reportedly working on new material prior to the Rand’s death.