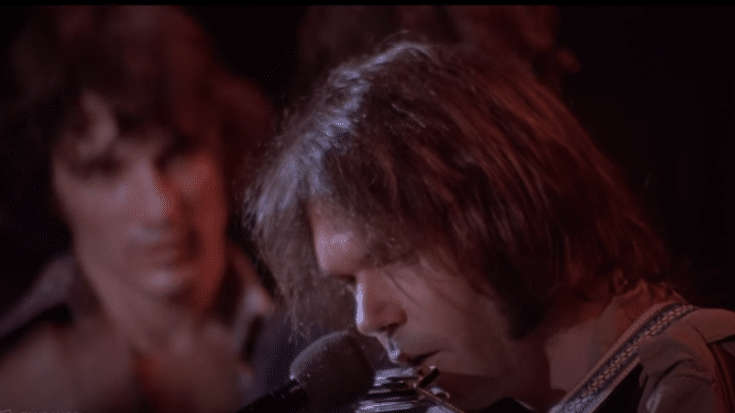 The Band performed its final concert as a full unit on November 25, 1976. Dubbed as The Last Waltz, it took place at San Francisco’s Winterland Theatre and it was a star-studded event. The show featured guest performances by some of the biggest names in the music industry – Emmylou Harris, Eric Clapton, Muddy Waters, Ronnie Hawkins, Van Morrison, Bob Dylan, and many more.

Filmed by Martin Scorsese, it’s often considered as one of the greatest concert films ever made. And it marked the end of an era for the legendary rock outfit.

A highlight of the gig was when The Band took on Crosby, Stills, Nash & Young’s “Helpless” and they brought in Neil Young on stage. Young’s vocals was amazing and the entire performance was absolutely moving. But what added depth to the song was Joni Mitchell’s soprano accompaniment. Interestingly, she wasn’t on stage because she was supposed to perform the next day and it was a surprise. So she sang behind a curtain backstage, and it was simply glorious.

“When Joni’s high falsetto voice came soaring in from the heavens, I looked up,” Robbie Robertson recalled, “and I saw people in the audience looking up too, wondering where it was coming from.”