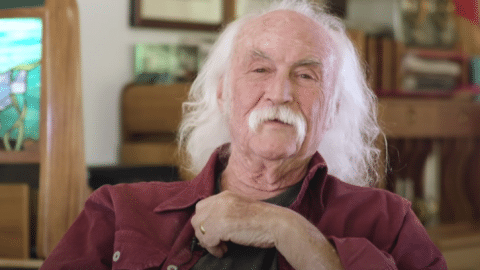 But He Acknowledged That “The Deal Made A Difference”

David Crosby struggled during the coronavirus pandemic. He was supposed to embark on a tour that would help the cash flowing in but when live music was temporarily shut down, he worried about his finances especially because the bank might take away his house. More than that, he also had some health issues – he suffered from tendonitis that severely affected his guitar playing.

In late 2020 and early 2021, there began a trend of artists selling their catalogue and perhaps unsurprisingly, Crosby was one of them. In a new interview with Rolling Stone magazine, Crosby revealed that selling his publishing rights to Irving Azoff’s Iconic Artists Group was a tough decision for him.

“That wasn’t a thing I wanted to do,” Crosby said, “but doing that deal with Irving made it possible for me to not worry about the money. I paid off my house. That was really scary. We were really worried we were going to lose it.”

“I couldn’t work live and I couldn’t make any money doing records,” he continued. “That deal made a difference for us. It really helped a lot.”

The singer-songwriter is turning 80 this August 14 but according to him, he’s not planning to celebrate it.