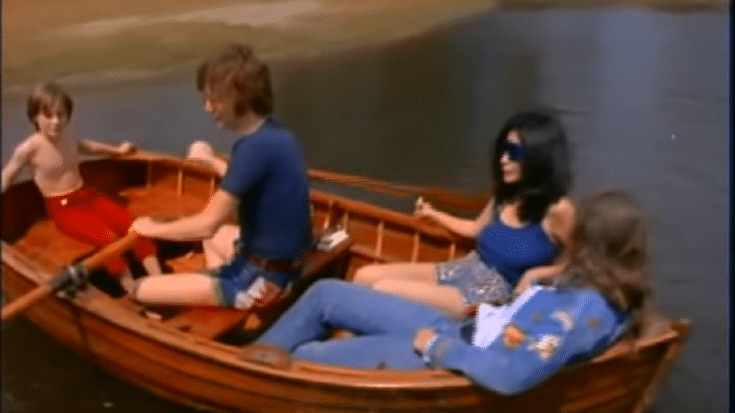 It seems on the video that Yoko Ono wasn’t exactly a fan of the 26-room Georgian Mansion in Tittenhurst Park but apparently, John Lennon bought it for £145,000 because it resembled the Calderstones House in Liverpool and it was a place where he spent some time as a child. And it was also his means of escape from the chaotic and busy London. Both Lennon and Ono spent thousands on renovations – they even installed an artificial lake and added their very own recording studios on the estate grounds.

The Beatles’ last photo session took place here on August 22nd, 1969 and some parts of the Imagine video were filmed there. The Ascot Sound Studios was where Lennon recorded the highly controversial How Do You Sleep song which was allegedly for Paul McCartney, the Imagine album, and Ono’s Fly album.

Interestingly, the couple only lived here for two years. On August 1971, they moved to America and Lennon never returned to England. On September 18th, 1973, Lennon sold Tittenhurst Park to fellow Beatle Ringo Starr. He renamed the studio to Startling Studios and opened it for use by other musicians – T.Rex recorded part of their 1972 concert film Born to Boogie there and while Judas Priest initially intended to use the studio, they eventually moved the equipment to the house.