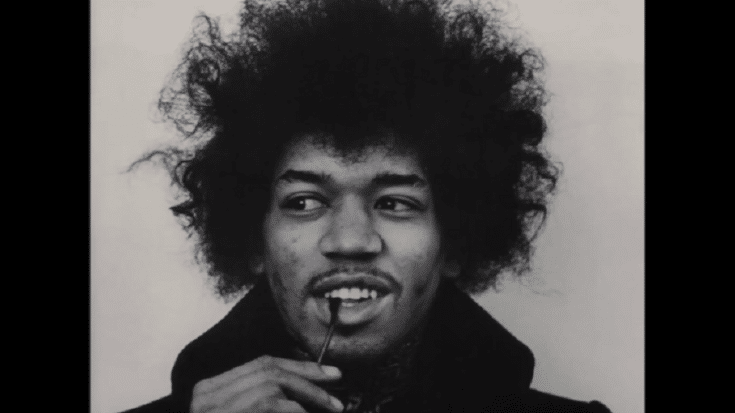 Jimi Hendrix is one of those few artists whose impact and popularity only increased after his tragic and untimely death in 1970. Even those who weren’t alive to witness his epic set at Woodstock are more than familiar with his songs, his sound, and his style. Hendrix released three albums and he was working on the fourth one when he died.

Speaking about Hendrix’s plethora of unreleased studio recordings, Engineer Eddie Kramer said, “Jimi recorded all the time. If he wasn’t home — playing the guitar, mind you — he was on the road or in the studio. And once Electric Lady was built, he was there all the time. He really loved being there. That’s where he was happiest.”

Here are seven of his best posthumous releases.

It’s one of his most under-appreciated tracks. Written as a tribute to R&B singer Curtis Mayfield whom Hendrix worked with early in his career, his guitar work is impeccable as usual. It’s just as good as some of his more popular tunes. It has that trippy, melancholic feel.

That glorious guitar intro is just everything. It’s an Elmore James original and Hendrix has often cited the “King of the Slide Guitar” as one of his musical influences. His earliest recording of the song was in 1965 with Curtis Knight and the Squires and it was faithful to the James version. The one included on Valleys of Neptune, however, is more upbeat and funky.

Originally titled “Gypsy Blood”, it features Billy Cox on bass after bassist Noel Redding left the Jimi Hendrix Experience. According to Valleys of Neptune co-producer John McDermott, “Jimi had tried to develop the song with the original Experience, but nothing came about as far as a finished recording. It really evolved over time; and yes, at which point it was becoming a fully realized song he was comfortable playing with Billy.”

It’s the lead single off his first posthumous studio album. Hendrix drew inspiration from a dream he had about his mother, Lucille Hendrix. In a December 1967 interview, he told Meatball Fulton, “My mother was bein’ carried away on this camel. And there was a big caravan, she’s sayin’, ‘Well, I’m gonna see you now,’ and she’s goin’ under these trees, you could see the shade, you know, the leaf patterns across her face when she was goin’ under … She’s sayin’, ‘Well, I won’t be seein’ you too much anymore, you know. I’ll see you.’ And then about two years after that she dies, you know. And I said, ‘Yeah, but where are you goin’?’ and all that, you know. I remember that. I will always remember that. I never did forget … there are some dreams you never forget.”

It’s an uptempo and groovy number. It’s the most fitting song to kick off his 2013 posthumous compilation album. People, Hell And Angels co-producer John McDermott said, “What’s really interesting about this one is that, unlike the version now on First Rays Of The New Rising Sun and previously on Rainbow Bridge, it shows off the stripped-down funk, without the Ronettes and a lot of the extra guitar things that were overdubbed by Jimi later. It’s a separate take entirely, and he’s got the drum break in it, which is really cool. It’s a different approach.”

Look Over Yonder traces its roots back to 1966 as Mr. Bad Luck which Hendrix performed with his group Jimmy James and the Blue Flames in Greenwich Village, New York City. It was included again in a 1997 compilation release titled South Saturn Delta along with several unreleased recordings and alternate mixes.

Stellar from beginning to end, Hendrix regularly performed it in concert. This funky tune actually touched a bit on groupie girlfriend Devon Wilson’s heroin addiction. Aside from The Cry of Love, Freedom was also featured in several other posthumous albums like The Essential Jimi Hendrix (1978), Cornerstones: 1967–1970 (1990), Experience Hendrix: The Best of Jimi Hendrix (1997), and Voodoo Child: The Jimi Hendrix Collection (2001) – live version from Isle of Wight.