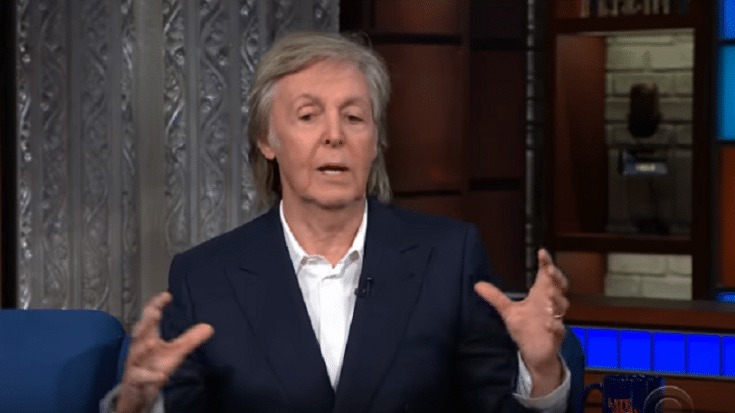 “We knew we had to be different, and we were.”

The Late Show with Stephen Colbert released a bonus conversation with Paul McCartney where they talk about the famous Beatles ‘Scream’. At the height of the Beatlemania, high-pitched screaming followed them wherever they went – from the airport to their hotels. And it was absolute chaos. Macca told Colbert, “After a while, we started thinking. ‘We’re musicians, we can’t hear ourselves.’ It was a bit wearing after a while. But at the beginning, it was fabulous. We used to milk it.”

He also revealed what made them stand out among other British rock acts and how they became massively successful on both sides of the Atlantic. He said, “We were a mixture of all the people we loved but we weren’t any individual one of them.”

And lastly, McCartney talked about the time he was knighted by the Queen in 1997 for his “services to music.” He told Colbert about the ceremony and ended it with, “It’s just like Harry Potter!” Ah, classic Paul. Even at 77 years old, he’s still seriously funny. And honestly, we haven’t seen any Paul McCartney interview that we didn’t enjoy. He’s just so witty and chill.