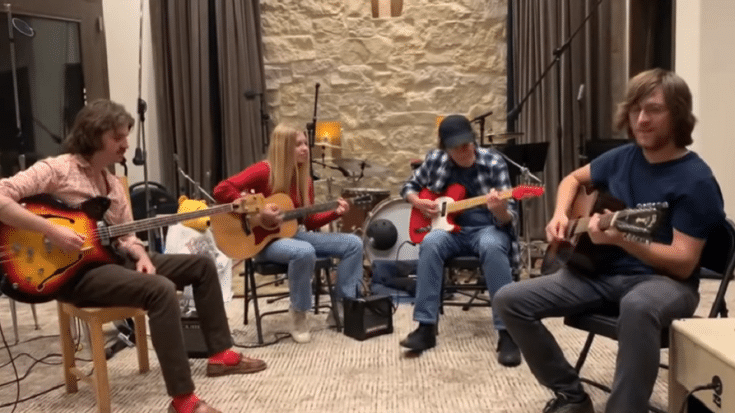 He Also Tells Everyone That “Music Brings Us All Together”

Some musicians used this downtime to rest and relax but others continue making music – writing new songs like Jon Bon Jovi, or streaming at-home live performances like Gavin Rossdale. There are also those who spent their quarantine days at home by jamming with their family members. And with a father like John Fogerty, it comes as no surprise that his kids can easily play one of Creedence Clearwater Revival’s classic hits – the 1960 “Down on the Corner”.

And can we just say, this is one massively talented family! John takes over the lead vocal and electric guitar duties, his daughter Kelsy and son Shane on acoustics, and Tyler on bass.

The 74-year old iconic rocker said, “We are thinking of all the fans and their families during these difficult times. Music brings us all together, even from our homes.”

“Down on the Corner” is from CCR’s fourth studio album. It’s about the fictional band “Willy and the Poor Boys” – the title of the LP. During recording, Fogerty did the vocal tracks and later overdubbed so that when listening to the song, it seems like he’s harmonizing with himself.

Check out his performance below.