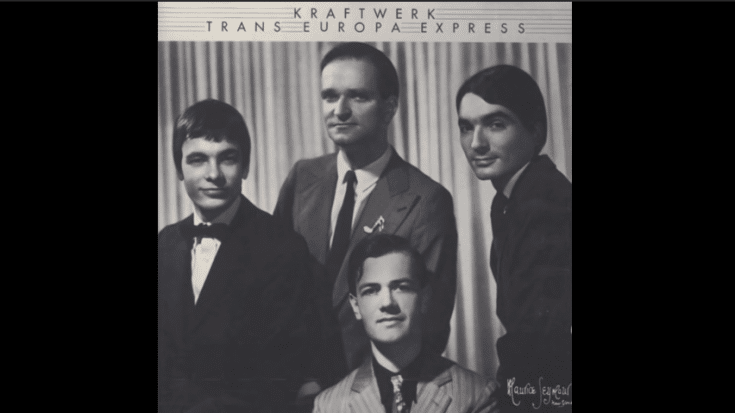 Kraftwerk made history in the 1970s. They released seven studio albums in that decade but one thing that stood out in their canon and still remains as an important body of work is their sixth LP – “Trans-Europe Express.” It didn’t crack the top 40 in the US and UK but it proved that the German band was way ahead of their time. They were innovators and at a time when punk was all the rage, Kraftwerk and their forward-thinking ways resulted in what can only be described as a quantum leap in electro-pop.

“Trans-Europe Express” gave birth to several subgenres including new wave and synth-pop. It’s creative, original, and imaginative – enough to impress David Bowie himself. TEE is accessible but unpretentious, enchanting but well-crafted. In all the ways that matter, it’s a perfect record. The hooks and melodies made it fun to listen to.

“Europe Endless” is the longest track in the LP – clocking in at almost ten minutes. It’s a wistful number that pays tribute to Europe’s “elegance and decadence.” “The Hall of Mirrors” and “Showroom Dummies” are haunting songs that explore themes of identity.

The title track does make you feel as though you’re travelling on a railroad. It’s almost seven minutes long but there’s no boring moment. “Metal on Metal” is another hypnotizing tune. “Abzug” might as well have been released today because it doesn’t sound dated AT ALL. “Franz Schubert” is the highlight of the album. With its dreamy vibe, it’s an absolute gem that’s hands-down beautiful. “Endless Endless” is the perfect end to a perfect record.