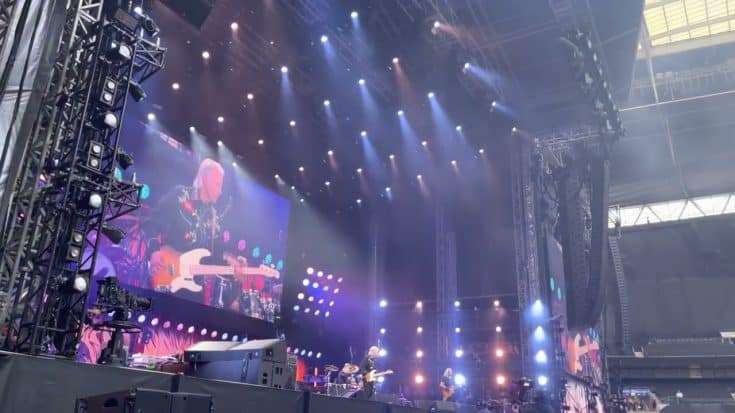 Last March, the music world was shocked by the tragic news that the Foo Fighters drummer Taylor Hawkins had passed away at the age of 50. Hawkins was reportedly found dead in his hotel room in Bogotá, Colombia. The band was set to perform in the city as part of Foo Fighters’ South American tour. Many tribute messages have surfaced on the internet from fans, friends, and colleagues, from icons Liam Gallagher to Paul McCartney.

The tribute for Hawkins did not end on the internet because the surviving Foo Fighters members organized two bumper tribute concerts for their late drummer, one at Los Angeles’ Kia Forum and the other at London’s Wembley Stadium. Both shows carried a mouth-watering ensemble of rock legends and pop stars, which are mostly close friends and admirers of the late drummer.

One of the most exciting and unforgettable acts on the lineup for both concerts was the newly reformed James Gang. The Ohio-based band broke up after the course of six years of their career. Although the trio has reunited for various isolated reunion shows, their comeback was only confirmed during the VetsAid 2022.

Recalling the previous events prior to VetsAid, the band was asked to play a few tracks at Taylor Hawkins tribute concerts. Since James Gang was one of Hawkins’ favorite bands of all time, Walsh and the band took up the opportunity to say goodbye and pay their respects to their late friend and admirer. Walsh said in a statement:

“Taylor Hawkins, his favourite band in the whole world was the James Gang. He told me that many times.

“And when Dave Grohl decided to do some concerts in memory of Taylor, I thought about it and said, ‘What if I get the James Gang together to be part of this?’ And he thought that was the best idea he’d heard in a long time.”

James Gang was one of the star-studded lists of performers. Walsh continued:

“It was a beautiful thing. The greenroom backstage was just full of everybody. A lot of us had known each other for years and years and years, and the whole community got together in remembrance of Taylor.”

Watch their tribute performances below.