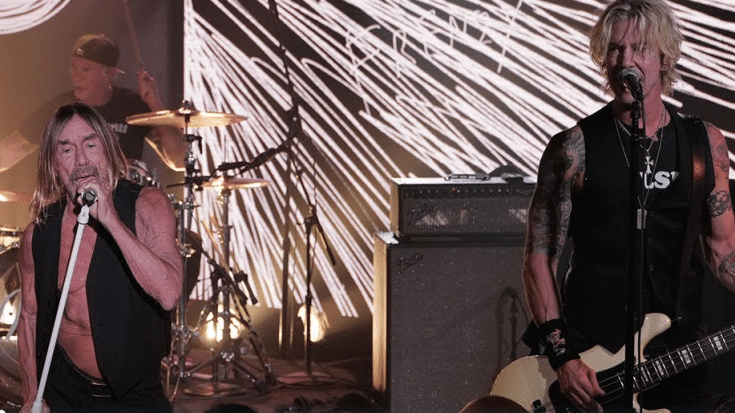 Together with Pop’s band, The Losers, they rocked the whole studio with their heavy performance. The Losers are composed of 2022 Producer of the Year Andrew Watt, as well as Red Hot Chili Peppers’ Chad Smith, Josh Klinghoffer, and Guns N’ Roses’ Duff McKagan.

Released last January 6, 2023, Every Loser marks Iggy Pop’s nineteenth studio album. The band’s full performance can be watched in the video below. Some of the comments read:

“Iggy still giving us the stuff after 75! What a legend!”

“Great song and appreciate the awesome live performance. Iggy Pop, Chad Smith, Duff McKagen, Josh Klinghoffer & Andrew Watt… always great to see rock & roll (and the Godfather of Punk) flipping off everyone who thinks rock is dead. They have been saying that for almost 20 years. Not too many 75 + year-old artists put out anything meaningful, Iggy & co just delivered a masterpiece of an album”

“The most hard rockin performance ever on that stage! That audience is lucky Iggy took it easy on them. Haha. I’m sure he was like ‘I have to try not to hurt someone on live TV.'”