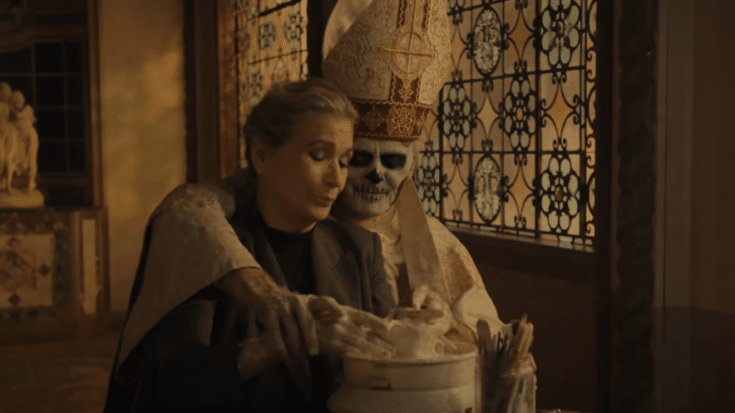 In the spirit of Valentine’s Day, Swedish rock band Ghost surprisingly released a hilariously bizarre parody of the iconic pottery scene from the 1990 fantasy-romance film Ghost.

In a one minute clip, cheekily titled Ghost on Ghost, Papa Nihil portrayed the role of Patrick Swayze’s character Sam Wheat where he appears behind Sister portraying the role of Demi Moore’s character Molly Jensen at the clay wheel, where they share a sensuous moment as their hands fumble in the wet mud that ends up on a cut off kiss.

The band wrote on the description of the video:

“We wish to inform you the love inside, you take it with you… Happy Valentine’s Day.”

“I like the sinister way Ghost does his marketing”

“I was bummed out not having a valentines day with anyone. But then I got to see this. And I feel better. lol still getting some Papa Nihil. If you have Ghost you have everything.”

“I’ve been hoping for more of these videos. Awesome to see papa nihil again, love this homage to the ghost movie.”

“I love how charmingly and wholesomely lascivious it is when they play in the clay.”