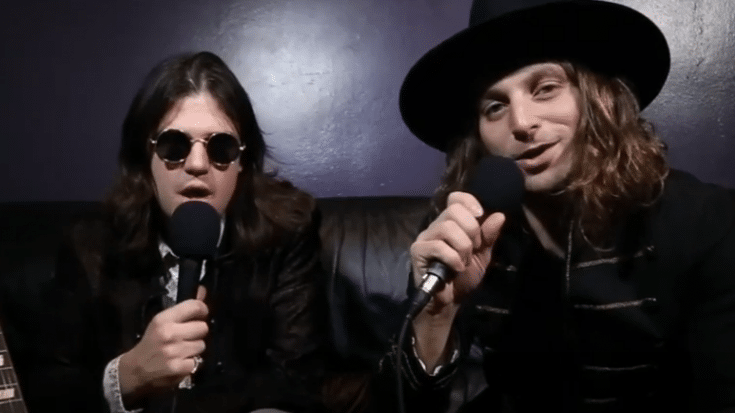 Rising rock and roll acts Dirty Honey and Mammoth WVH are hitting the road together for the much awaited ‘Young Guns’ 2022 tour.

Dirty Honey’s Marc LaBelle and Wolfgang Van Halen talked about their upcoming tour and shared their thoughts in starting a rock band in today’s generation on the Audacy Music‘s segment #AudacyCheckIn.

When asked about the pairing of their bands, LaBelle told radio host Carlota:

“It’s been a little difficult to find bands to go out with just because rock bands have just become so scarce.”

He then recalled seeing Mammoth WVH live ahead of them agreeing to tour together saying:

“When we saw [Mammoth WVH] play in Philadelphia, it was pretty obvious that this was going to be a really cool thing to do and to take on the road and to take across the nation. The biggest thing was really seeing him and his band and they kicked ass and it really showed some optimism for the future of rock ‘n’ roll.”

When asked by the host why there weren’t more straight ahead rock and roll bands out there today, LaBelle explained:

“I just think it’s a byproduct of society today, how it’s so easy to fix things on your computer and you can fake being good at an instrument with some simple editing and ProTools and stuff. It actually takes time to be really good at something and I think people aren’t as motivated to put in the time.”

“And coupling that with the fact that it’s not the belle of the ball when it comes to most popular genres available right now. You blend that together and it’s kind of a losing game for people who aren’t very passionate about it.”

When asked about the artwork for the tour, LaBelle shared:

“That was the first thing that we bonded over to when we met.”