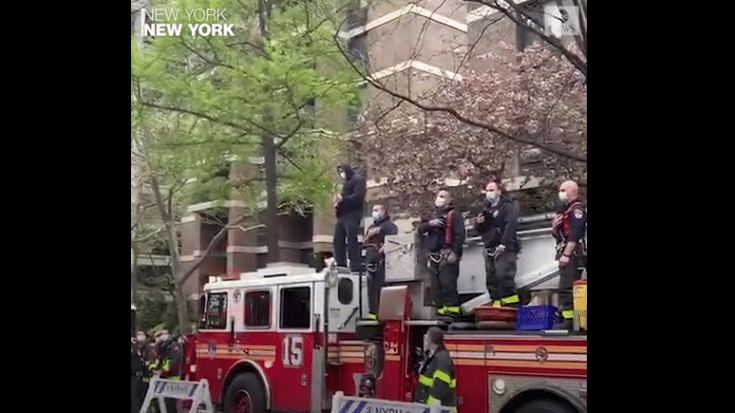 FDNY member Louis DeRosa of Ladder 15 rocked a blistering version of the National Anthem Jimi Hendrix style to honor the healthcare workers. He shredded “The Star-Spangled Banner” on top of a fire truck outside the New York–Presbyterian Hospital in Lower Manhattan.

His fellow firefighters stood beside him with their hands on their hearts during the electrifying performance. Other fire engines stationed nearby joined the tribute by flashing their blinkers in tune.

The department said in a statement, “FDNY salutes all who continue to serve in the city’s response to Covid-19.”

NYC residents and first responders have been coming up with creative ways of thanking the medical staff and other healthcare workers amid the coronavirus pandemic. Most would cheer and clap from their windows or outside the hospitals. And on the Upper East Side, NYPD officers would play Frank Sinatra’s “New York, New York” at 7PM every night.

As of this writing, confirmed COVID-19 cases in the US surpassed 1,000,000 and at least 63,107 people have died according Johns Hopkins University. Although some parts of the country have reopened, there are states that remain in lockdown with stay-at-home orders in effect. The wearing of face masks when out in public and social distancing are still being implemented.