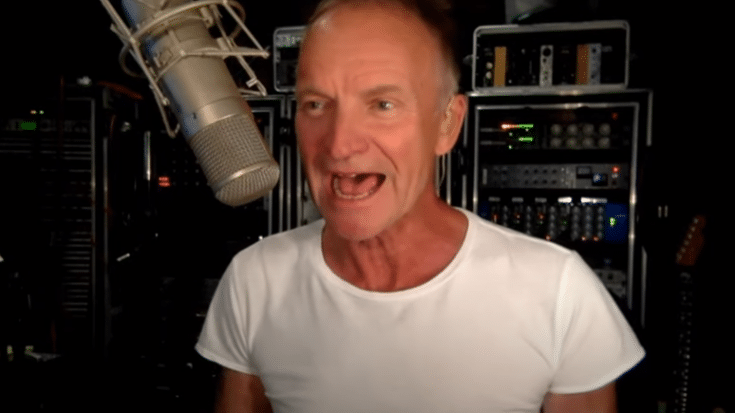 With Themes of Space and Isolation

On Thursday, April 30, Sting teamed up with other artists such as Clipping, Bethany Cosentino of Best Coast, Dan Deacon, Ben Gibbard of Death Cab for Cutie, Valerie June, Lukas Nelson, Grace Potter, and Vagabon for a virtual concert by The Smithsonian National Air and Space Museum. The livestreamed event titled “Space Songs: Through the Distance” saw musicians who performed original tracks with themes of space and isolation.

Hosted by Tested’s Adam Savage, its purpose was “to celebrate how extreme situations can bring out the very best in us all and why there’s no challenge we can’t face together.”

In a press release, the museum wrote: “We know that people love space. And it’s not just because of Moon rocks and pretty pictures of the cosmos. Space exploration is an extraordinary expression of humanity and can inspire us like nothing else. Naturally, there are a lot of great songs about spaceships and astronauts — about ordinary people in extraordinary circumstances. Many artists use solitude to fuel creativity and experimentation. We could all use a little bit of that inspiration right now. So while our museum remains closed to the public, we want to share some songs that inspire us with viewers at home.”