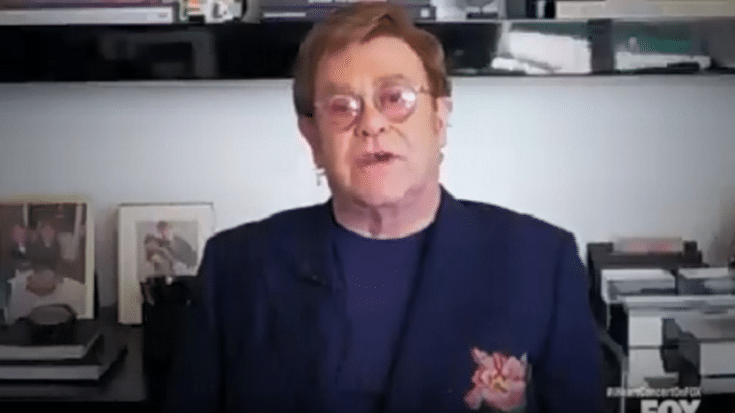 Elton John said at the start of the benefit special, “Here we are, all together at home. And since we’re all hunkered down together, we thought we’d put together a little show for you, from our homes to yours.” And since he’s Elton John, he complained that he happened “to be quarantined in the only house I’ve ever been in without a piano.”

Other artists like Lady Gaga made appearances even without performing just so they could send out messages of hope. Some of the notable performances include Backstreet Boys singing “I Want It That Way” from five different locations – in their own homes, of course. Dave Grohl played the acoustic “My Hero” and Mariah Carey concluded the show with “Always Be My Baby”.

Elton John also added, “Our concerns are a mile high, but we hope this bit of entertainment can feed and fuel your soul, and maybe bring you some strength and a touch of joy to prepare for the days to come.”

Check out the concert below.