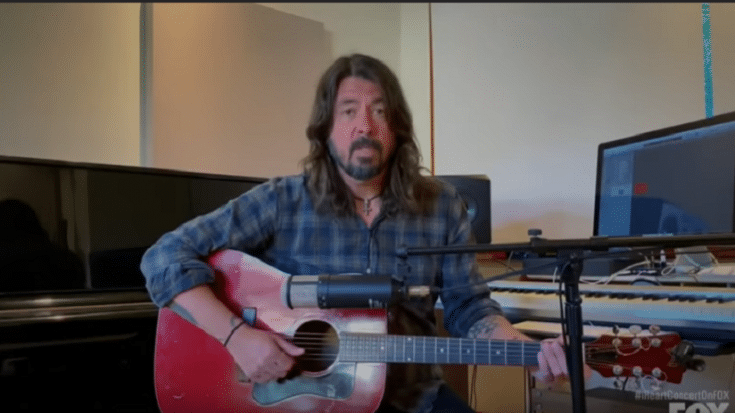 On March 29, Sunday, Dave Grohl performed Foo Fighters’ 1997 classic track “My Hero” from Hawaii. He participated in the star-studded iHeart Living Room Concert For America which honored frontliners and also helped raise funds for the coronavirus relief. Before launching into the song, he dedicated it “to everyone on the front lines doing their best to get us through all of this.” He ended his at-home performance with “And if you sing that last chorus every time you wash your hands, you’ll be in good shape.”

They encouraged fans to donate to two charitable organizations who are helping both the COVID-19 victims and also the first responders – Feeding America and First Responders Children’s Foundation. Aside from food and funds for the local food banks, the money raised will also be provided to first responder families who are struggling financially because of the pandemic.

Meanwhile, the Foo Fighters have postponed their 25th anniversary North American Tour which was slated to kick off on April 12 at the Talking Stick Resort Arena in Phoenix, AZ. The five dates for May remain on the schedule.