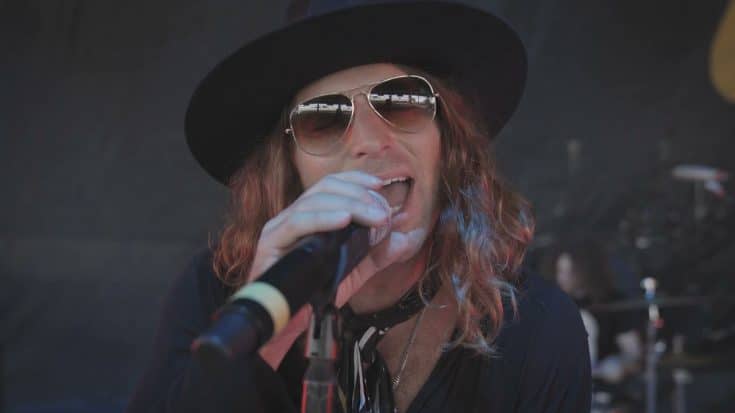 Dirty Honey just proved that rock ‘n roll is alive and thriving in 2021. From the music video to the song itself, “The Wire” is a nod to classic rock bands of the ’80s. Directed by Scott Fleishman/APlus Filmz, it featured clips of the band on stage when they supported Black Crowes on the Shake Your Money Maker anniversary tour.

“With ‘The Wire,’ we wanted to show some of our personality a little bit more than we have in the past,” singer Marc LaBelle said. “We wanted to inject a little lifestyle and give people some insight into being on the road and how we go about living our lives when we go on tour.”

“We do ‘The Wire’ pretty early because we know it’s a banger, it’s a great rock & roll song, a great riff, a fun chorus, a fun tune,” he explained. “We knew from day one that it was going to be a single, and people started gravitating to it on the LP.”

“We wanted to show a hard-working rock & roll band on the road, on tour, both on and off the stage,” guitarist John Notto added. “We also wanted the band to be the stars of the video so people could connect with us and get to know us.”

They’ve actually been performing “The Wire” even before they recorded it in the studio. Dirty Honey are still on the road supporting Black Crowes.