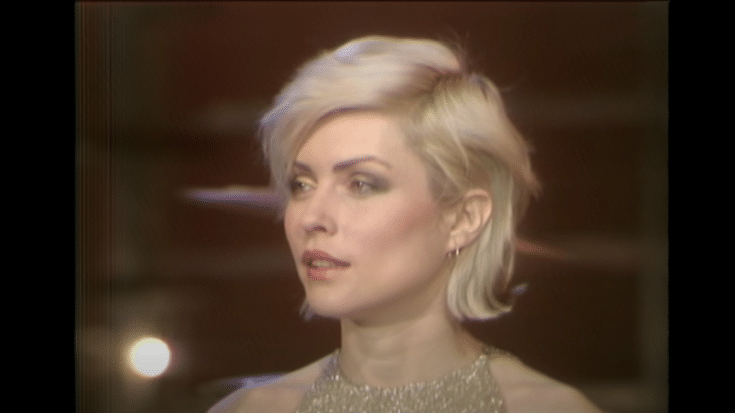 Aired on May 12, 1979, Blondie appeared on American Bandstand to perform their classic hits ‘Heart Of Glass’ and ‘One Way Or Another’. They also had a short interview with host Dick Clark who seemed to be in a rush, probably because he had limited time and he wanted every member to have a chance to speak.

“Heart of Glass” was featured on Blondie’s third studio album, Parallel Lines and released as its third single. It topped the charts in several countries and was also #1 in the US and UK. It was eventually certified gold in the US and platinum in the UK. The demo version had a basic disco beat. It was notably slower and funkier too so they re-recorded it and made it more pop-oriented. They did get some backlash from fans who thought they were selling out because of the disco elements.

Debbie Harry admitted (via 1000 UK #1 Hits by Jon Kutner and Spencer Leigh), “When we did Heart Of Glass it wasn’t too cool in our social set to play disco. But we did it because we wanted to be uncool.”

Meanwhile, “One Way or Another” also from Parallel Lines was inspired by Harry’s experience with a stalker during the early ’70s.