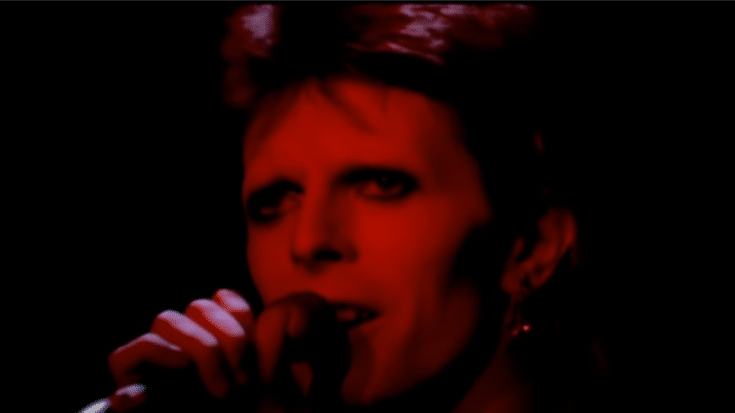 For the 1979 documentary and concert film “Ziggy Stardust and the Spiders from Mars”, David Bowie and his backing group the Spiders from Mars performed at the Hammersmith Odeon in London on July 3, 1973. It’s often known as the “Retirement Gig” because Bowie surprised the crowd before he launched into “Rock ‘N Roll Suicide” by saying, “Of all the shows on this tour, this particular show will remain with us the longest, because not only is it the last show of the tour, but it’s the last show that we’ll ever do.”

At first, everyone thought he would say goodbye to touring and the music industry but apparently, he meant that he would retire his iconic Ziggy Stardust persona.

At the time, he was already fed up with the alter ego and just wanted to move on. And when he made the announcement, people cried and were distraught so imagine their collective relief when they found out Bowie wasn’t done making music.

“Rock ‘n’ Roll Suicide” is the closing track on “The Rise and Fall of Ziggy Stardust and the Spiders from Mars”. It was almost two years later when it was released as a single.