20 Career Highlights Of The Beatles 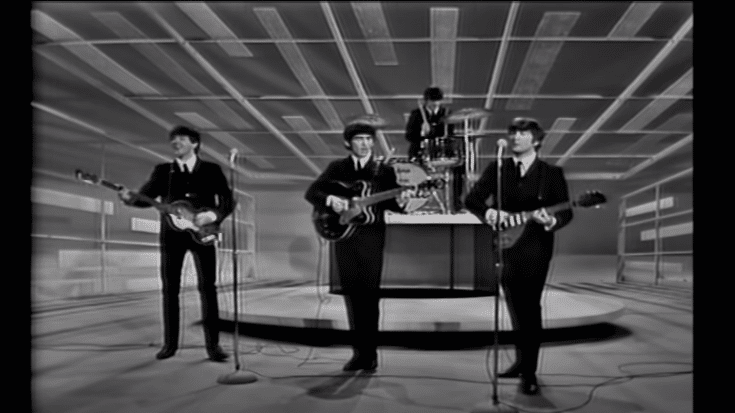 The Beatles have taken the world by storm ever since their debut album in the ’60s. Throughout the decade, they dominated the airwaves, became trendsetters and pop culture icons, created a stunning body of work that became a template for other acts that followed, and essentially made the soundtrack of our lives.

Here we look back at their career highlights – taking special notice of how they never followed anyone’s steps but instead, blazed their own trail.

1. The Beatles recorded their debut LP “Please Please Me” in one day. They ended the recording with “Twist and Shout”.

2. They debuted on Val Parnell’s Sunday Night At The London Palladium on October 13, 1963 where they performed “I Want To Hold Your Hand”, “This Boy”, “All My Loving”, “Money (That’s What I Want)” and “Twist And Shout”.

3. They appeared at the Royal Command Performance at the Prince of Wales Theatre in London where John Lennon famously said, “For our last number I’d like to ask your help. The people in the cheaper seats clap your hands. And the rest of you, if you’d just rattle your jewellery.”

5. The Beatles first appeared on The Ed Sullivan Show on February 9, 1964. Not only did that episode break records with 73 million viewers but it served as a watershed moment for the band as they set out to conquer the United States. George Harrison said, “We were aware that Ed Sullivan was the big one because we got a telegram from Elvis and the Colonel. And I’ve heard that while the show was on there were no reported crimes, or very few. When The Beatles were on Ed Sullivan, even the criminals had a rest for ten minutes.”

6. At the height of the Beatlemania in 1964, they released the musical comedy film “A Hard Day’s Night”. It was a commercial and critical success which inspired spy thrillers and The Monkees’ TV series.

7. Their 1965 hit “Yesterday” became one of the most covered songs in music history with over 2,500 cover versions.

9. John Lennon’s “More popular than Jesus” offhand comment resulted in protests and death threats. It gotten to a point where manager Brian Epstein and press agent Tony Barrow had to convince Lennon to apologize at a press conference.

10. In 1966, The Beatles decided to retire from touring mostly because of several factors including incidents that happened during their final trek.

11. They traveled to India to take part in a Transcendental Meditation training course by Indian guru Maharishi Mahesh Yogi. It became their most productive period in terms of songwriting.

13. The album cover for “Abbey Road” is so famous that the zebra crossing became a London landmark, seeing heavy foot traffic from their fans.

15. Their last public performance was the iconic rooftop concert at the Apple Corps headquarters.

16. It was Paul McCartney who first announced his departure from The Beatles.

18. Every member had a successful solo career post-Beatles.

19. John Lennon and Paul McCartney almost reunited on Saturday Night Live. Producer Lorne Michaels offered The Beatles $3,000 to reunite on the show and perform three songs. Lennon and McCartney were actually watching it on TV and Lennon later revealed, “Paul … was visiting us at our place in the Dakota. We were watching it and almost went down to the studio, just as a gag. We nearly got into a cab, but we were actually too tired. … He and I were just sitting there watching the show, and we went, ‘Ha ha, wouldn’t it be funny if we went down? But we didn’t.”

20. The Beatles were inducted into the Rock and Roll Hall of Fame as a group and as solo artists. Ringo Starr was the last member to be inducted in 2015 with Paul McCartney introducing him.