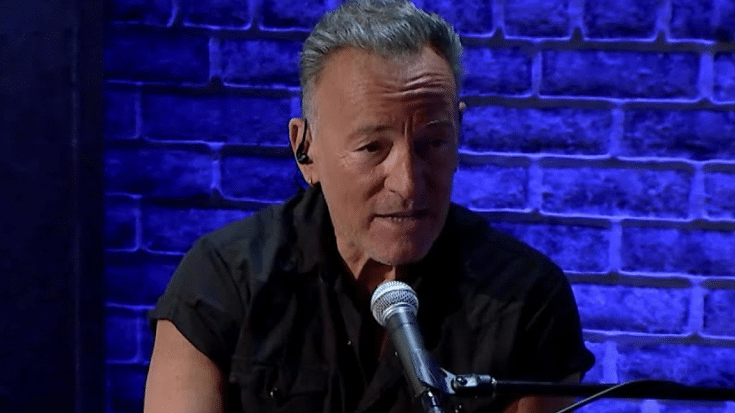 Bruce Springsteen was invited to The Stern Show with Howard Stern. In his recent appearance, they had a small talk about his early days with the E Street band and later on performed live “Thunder Road.”

Stern introduced him by recalling, “Clarence on the saxophone solo in the ‘Jungleland’ you have them there for 16 hours. You wanted it just right,” “Yes, correct” Springsteen replied.

Stern recalled that Clemons have walked out because of that and said “Fuck this guy, you know it’s just too much for me.” Springsteen jokingly explained, “Well, you have to find people who have no place to go. That’s the first and most important thing when putting your band together. Don’t find people that have options,” the two laughed.

“Where were you when you came up with that piano intro? did you hear Charlie Puth playing it?” asked Stern. Springsteen said yes, however, he can’t play it anymore. The host said:

“What do you mean you can’t play it anymore?”

He clarified that he can’t play the whole song anymore and can only remember some parts of it. From that moment, The E Street band singer played the piano and sang the lyrics to the song “Thunder Road.”

After that, he shared that most of it was written on the piano and explained how he wrote the chords to it. The host commented, “You finally got me to cry on the air the first time since I worked” which made the singer laugh. He concluded it by saying: