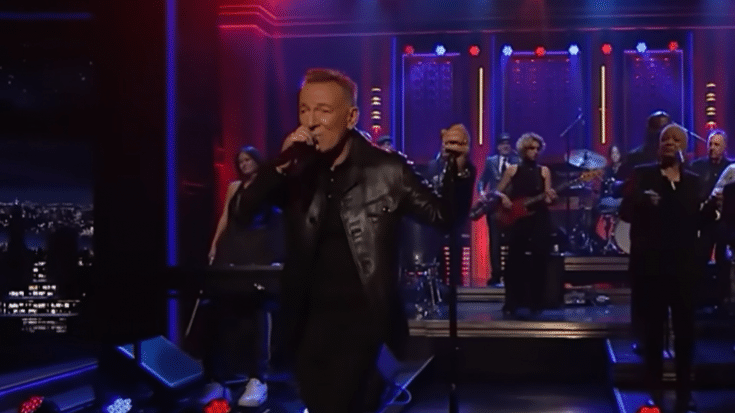 On the Thanksgiving Day special episode of NBC-TV’s The Tonight Show starring Jimmy Fallon, Bruce Springsteen did a rendition of the classic “Don’t Play That Song.”

This song became a hit in 1962 for both writers Ahmet Ertegun and Betty Nelson. Then, Ron Aniello produced and recorded it at Thrill Hill Recording in New Jersey which became his 21st studio album. Looking back, it debuted at No. 8 on the US Billboard 200.

The New Jersey rocker can also be heard singing this version because it is included on his newly-released album, Only The Strong Survive. It is part of the listing alongside other covers for the soul and R&B tracks from the catalogs of Motown, Gamble and Huff, Stax, and many more.

Prior to Springsteen’s appearance in the special Thanksgiving episode last November 24, he concluded his three-episode residency on The Tonight Show a few weeks ago, delivering a soulful rendition of “Nightshift,” which is also part of the Only the Strong Survive.