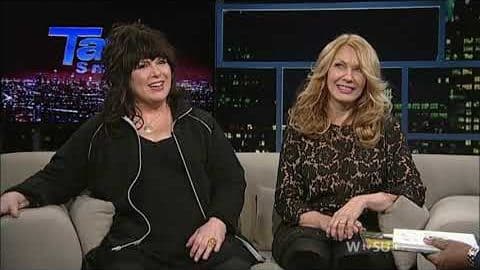 Among the nominees for the 2023 Songwriters Hall of Fame include the Heart sisters, Ann and Nancy Wilson.

The two icons who have worked so hard throughout their career is now being recognized and in consideration for entry. They will be added to the Performing Songwriters’ category nominees list alongside Bryan Adams, Blondie, The Doobie Brothers, Jeff Lynne, REM, Patti Smith, Steve Winwood, Snoop Dogg, Gloria Estefan, Vince Gill, and Sade.

Considered the first women to lead a hard rock band, Ann and Nancy undoubtedly inspired those succeeding generations of female rockers. One legitimate proof of that was when they were inducted into the Rock & Roll Hall of Fame in 2013.

Meanwhile, the Songwriters Hall of Fame honors was established in 1969 and aims to recognize those whose work represents a spectrum of the most beloved songs from the world’s popular music songbook. A songwriter can be nominated but he or she must have a notable catalog of songs that qualifies for induction 20 years after the first significant commercial release of a song.

Early next year, the eligible voting members will determine the 2023 inductees. It will be done prior to the Songwriters Hall of Fame Induction & Awards Gala on June 15 in New York City.