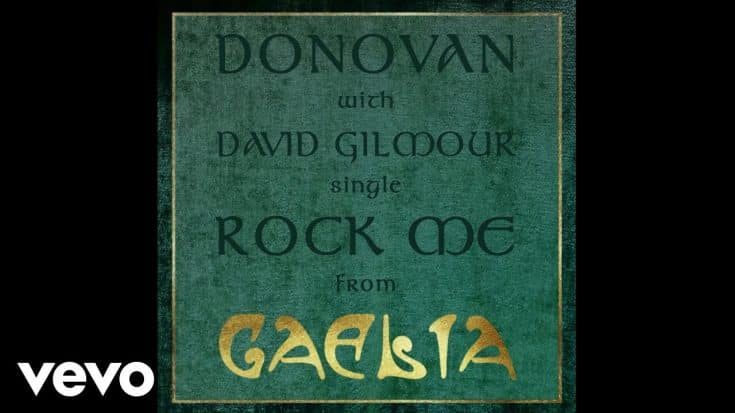 Gaelia: The Sulan Sessions, Donovan‘s upcoming album, will be featuring a variety of guest artists, including David Gilmour.

In a press release, the upcoming album was announced to be released this coming December 15. It will not just simply celebrate Donovan’s Gaelic roots but will be representing a blend of multiple styles as well. Donovan said:

“The fusion of my Gaelic roots styles, with my poetry and melodic composition, signature finger-style guitar phrasing, classical gypsy strings, vocal emoting and Gaelic rock, is a complete success for me on Gaelia.

“I have fulfilled my service again as a living shaman poet. All the guests excelled, and Dan Fitzgeralnd co-producing with me, [enhanced] the songs with their superlative talents, [showing] great respect for all I have achieved in bringing worldwide appreciation for our Gaelic tradition.”

The artist also confirmed in an earlier interview that Gilmour will be one of its collaborators, saying:

“David and I chatted about how he had bought my cottage in the ’60s when I married Linda and moved on. ‘Why?’ I asked. He said my album track ‘Three Kingfishers’ – off my Sunshine Superman album of 1966 – had launched him in a celestial music direction, and so when I was selling my cottage, where so many of my songs were written, he wanted to be in my creative space. Makes sense in a Floyd sort of way!”

“David had already learned to fly (he wrote a song about it, too) and flew himself in to Ireland for the session. David brought his guitar roadie, who set up two amps in the studio, handed David his pink Strat, and his unique signature sound enthralled us all.”