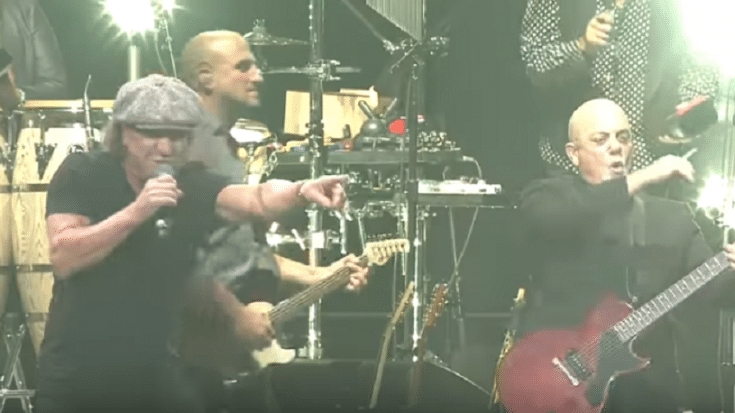 On December 31, 2014, AC/DC frontman Brian Johnson joined Piano Man Billy Joel on stage for a rousing rendition of the 1980 classic hit You Shook Me All Night Long. They welcomed the New Year at the Amway Center in Orlando, Florida. This wasn’t their first duet because they performed the same song at Joel’s Madison Square Garden residency on March 2014.

This unexpected but delightful musical collaboration happened over a year before Johnson bowed out of their Rock or Bust World Tour because of hearing problems. Fast forward to 2019 and we just might get something new from AC/DC – either a new album or another world tour. They’ve been keeping us on our toes for months since they haven’t exactly confirmed anything even when photos of Johnson and other AC/DC members outside a recording studio surfaced.

And as for Billy Joel, Billboard referred to him as a “Touring Titan” and his residency is still ongoing. He’s booked until December 11th. It doesn’t bother him that he hasn’t had a new album in almost two decades. He said, “I know some artists struggle with the idea of being relevant: ‘I have to come up with new stuff and have hit singles.’ I stopped buying that a long time ago.”