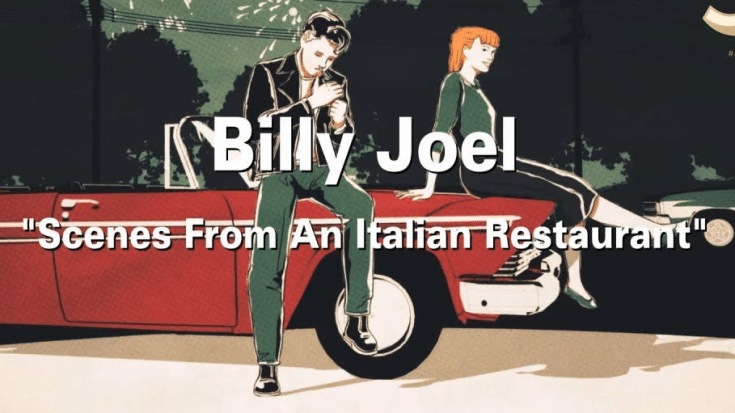 Billy Joel has released a new animated video for his 1977 classic “Scenes From an Italian Restaurant”, which was created by Lightborne Communication. Joel makes a cameo, and the MV also referenced his other songs. It arrives a month ahead of the release of Billy Joel – The Vinyl Collection, Vol. 1.

“Scenes from an Italian Restaurant” was never released as a single, but it was widely recognized as one of Joel’s finest compositions. The Fontana di Trevi at 151 West 57th Street in New York City inspired this, but it has since closed down.

“It was for the opera crowd, but the Italian food was really good,” Joel recalled in 2008. “They didn’t really know who I was, which was fine with me, but sometimes you would have a hard time getting a table. Well, I went there when the tickets had gone on sale for (my dates at) Carnegie Hall, and the owner looks at me and he goes (in an Italian accent), ‘Heyyy, youra that guy!’ And from then on, I was always able to get a good spot.”

Joel also admitted that The Beatles inspired this classic because The Fab Four “didn’t have completely finished songs or wholly fleshed-out ideas”.

“George said, ‘What have you got?’ John said, ‘Well I got this,’ and Paul said, ‘I got that,'” Joel explained. “They all sat around and went, ‘Hmm, we can put this together and that’ll fit in there.’ And that’s pretty much what I did.”