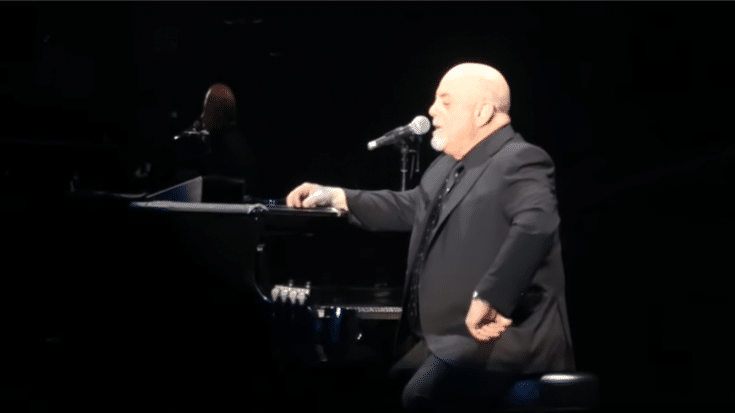 During his show on February 20, Billy Joel talked about the robbery that happened in his Long Island home the last time he played at Madison Square Garden. The robbers broke into his house and vandalized his 12 motorcycles – they got in by smashing the glass door leading to into the garage. It’s no secret around the area that Joel loves motorcycles – in fact, he owns a local bike shop.

He told the crowd, “Last time I was here, they hit my house. “I guess everyone knows I’m not home. I got dogs, lights, guns, everything at the house now. I’m hoping they try it again. Come on, come one! Bring it on! Anyway, everyone is fine.”

Joel then performed three songs from his 1977 LP “The Stranger” – “Vienna,” “The Stranger,” and “Movin’ Out (Anthony’s Song).” After which, he took on two Bruce Springsteen classics – the ever iconic “Born to Run” and “Tenth Avenue Freeze-Out”.

Billy Joel’s next show is on March 6 in Mexico City before going back to Madison Square Garden on March 19. He’s set to play several dates across America in between his MSG gigs – with a couple of concerts already sold out.