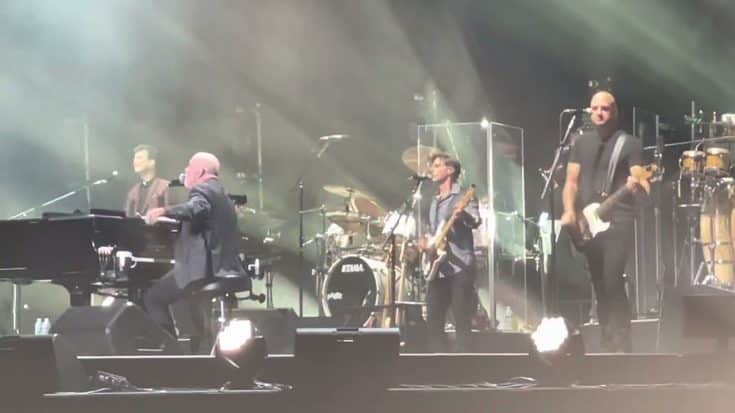 Billy Joel honored drummer Charlie Watts with his rendition of the Rolling Stones’ classic hit “Brown Sugar” at his Friday concert at Great American Ball Park in Cincinnati. He told the crowd at the end of the song, “That’s for Charlie” before he launched next into his own 1978 song “Big Shot”. Joel and his band also played a little bit of “Honky Tonk Women” in their main set.

That was Joel’s first show since Watts passed away on August 24 at the age of 80. Watts underwent an undisclosed medical procedure weeks before his death. This was just one among several tributes other rockstars paid to Watts. After the heartbreaking news broke, his peers honored him with video messages and covers.

More recently, The Rolling Stones have turned their iconic lips-and-tongue logo from red to black in honor of Watts. They will use the new emblem for their tour visuals and merchandise. And the band is set to an archival montage of the late drummer during their concerts. The Stones are resuming their No Filter Tour in September 26. The members didn’t make it to Watts’ private funeral due to Covid-19 travel restrictions. They were in Boston for the rehearsals and couldn’t fly to England.