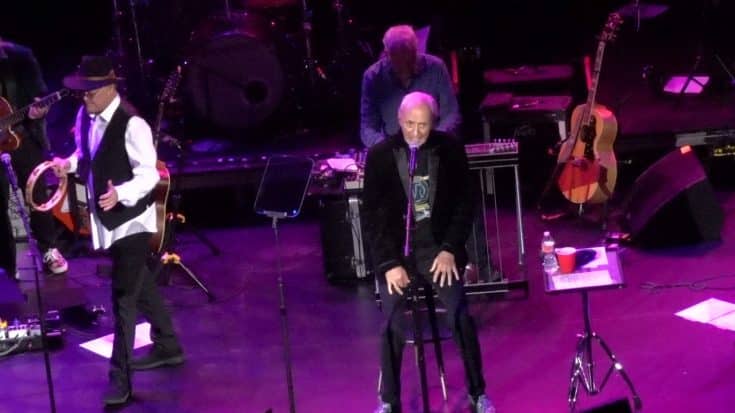 Check Out The Fan-Shot Footage

The Monkees launched their farewell tour over the weekend with a string of Pacific Northwest shows in Spokane, Washington, Seattle, and Portland, Oregon. Their setlist featured some of their greatest hits such as “I’m A Believer,” “Last Train to Clarksville”, and “Daydream Believer” along with ’60s rarities, which was pretty similar to their 2019 Mick and Micky Show trek. However, they included live debuts of deep cuts – “While I Cry” and “Love Is Only Sleeping” – on their recent set.

The Monkees were supposed to tour last year, but it was affected by the pandemic and they were forced to postpone the dates.

“I’m not looking forward to the touring and the hotels and travel,” Micky Dolenz told Rolling Stone. “I’m like a fine wine. I don’t travel well. I’m good when I’m lying on my side in a cellar in the dark. But the shows, of course, especially these ones with Nez, are just wonderful. The audience reaction has always been so phenomenal. And that helps, to be honest.”

Their outing wraps up on November 14 at the Greek Theater in Los Angeles. This may be The Monkees’ final tour, but Dolenz said he’ll still play their songs at his solo shows.