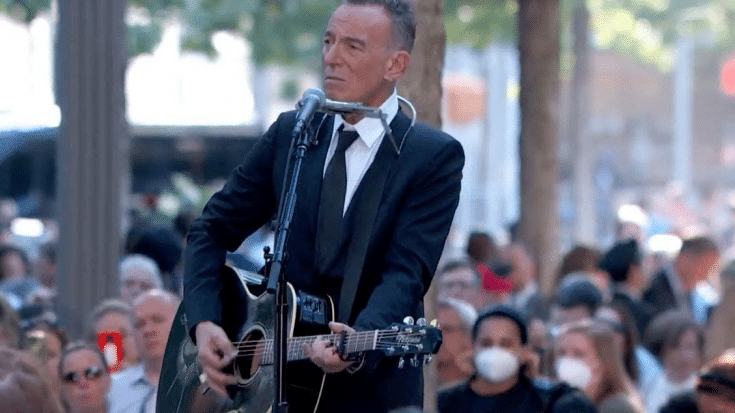 Bruce Springsteen delivers an emotional and poignant rendition of “I’ll See You in My Dreams” at the 9/11 Memorial in New York City for the 20th anniversary of the 2001 terror attacks. It was an impromptu and unannounced performance at the ceremony which followed a moment of silence for the victims of the attack at World Trade Center.

“May god bless our fallen brothers and sisters, their families, their friends and their loved ones,” Springsteen said before launching into the acoustic version of the track. “This is ‘I’ll See You in My Dreams.'”

“I’ll See You in My Dreams” was the closing track to his 2020 album “Letter To You”. In 2002, he shared about visiting the site of the terror attacks with his kids.

“I took my kids to Ground Zero in July. I hadn’t gone before. We just walked out onto that public-viewing platform. What’s very moving down there are the photographs and memorials,” he wrote for Rolling Stone. “All the smiling faces. Pictures of people with their families on a sunny afternoon in the yard. People in their uniforms. They’re a reminder of the life that’s gone. I found that sight to be deeply, deeply moving. Just the sense of sacrifice.”