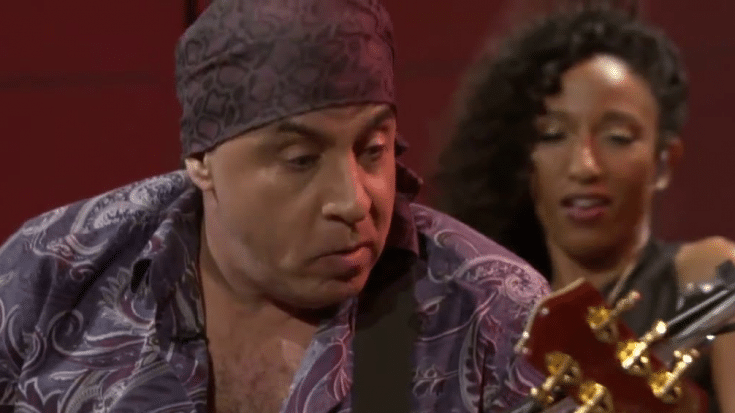 He Also Gave An Advice

Rolling Stone published an exclusive excerpt from Steven Van Zandt’s new memoir, “Unrequited Infatuations: A Memoir”. He wrote about why he left the E Street Band in 1982 and his big return after almost two decades. He couldn’t help but express his regrets in leaving.

“I liked being the underboss in the E Street Band,” he wrote. “The consigliere. It kept me out of the spotlight but allowed me to make a significant enough contribution to justify my own existence in my own mind. And there was a balance between me, Bruce, and Jon Landau. We had artistic theory and artistic practice covered.”

In 1982, his relationship with Bruce Springsteen changed.

“It started to feel like Bruce had stopped listening,” Van Zandt recalled. “He had always been the most single-minded individual, with a natural extreme monogamy of focus in all things — in relationships, in songwriting, in guitar playing, in friends. Was that impulse now going to apply to his advisers?”

“Without all this retrospective wisdom, though, Bruce and I had our first fight, one of only three we would have in our lives,” he added. “I felt I had been giving him nothing but good advice and had dedicated my whole life and career to him without asking for a thing. I felt I’d earned an official position in the decision-making process. He disagreed. So I quit. Fifteen years. We finally made it. And I quit. The night before payday.”

He admitted that he was “fucking with Destiny big-time”. Some good things happened to both him and Springsteen, especially in terms of their respective careers. But the downside to it was, he revealed that he “lost my juice.” He referred to himself as “the cautionary tale”.

“Never, ever leave your power base,” he said. “Not until you have secured a new one.”