Watch Bassist Pulls Off An All Bass Solo Of ‘Eruption’ 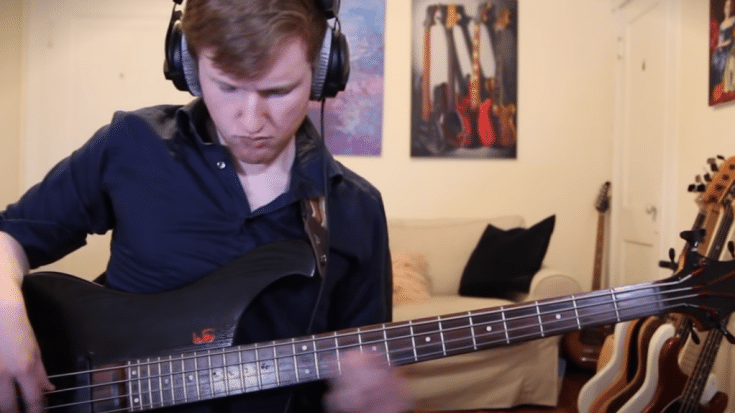 If Eddie Van Halen only ever performed “Eruption”, he would still achieve legendary status. EVH played several guitar solos that cemented his spot as a guitar god, but there was nothing more iconic than “Eruption”. It segues into Van Halen’s first single, “You Really Got Me”.

Interestingly, “Eruption” was just something EVH used to warm up. It was producer Ted Templeman who suggested that they include it on the album.

“We recorded our first record on Sunset Sound in Hollywood, and we were warming up for a weekend gig at the Whisky,” EVH explained to Rolling Stone. “And I was just rehearsing, and [engineer] Donn Landee happened to record it. It was never planned to be on the record. So the take on the record was a total freak thing. It was just an accident. He happened to be rolling tape.”

It was widely considered as one of the best guitar solos of all time, but EVH once insisted that he made a mistake at the beginning even though fans and critics alike didn’t notice it. He said, “Whenever I hear it, I always think, Man, I could’ve played it better.”

After EVH’s passing last year, bassist Charles Berthoud decided to pay tribute by performing a bass cover of “Eruption.” Watch it below.