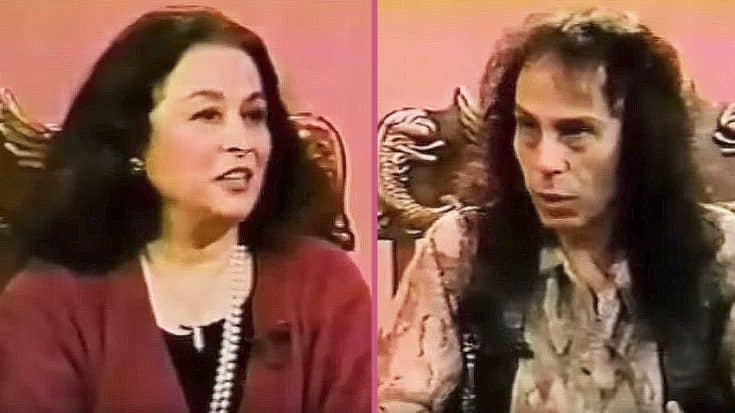 Well, If You’re Gonna Ask Anybody About Heavy Metal, It Might As Well Be Ronnie James Dio!

The late, great Ronnie James Dio is widely regarded as one of the all time greatest rock and metal singers. He truly is one of the kings of heavy metal. He even introduced us to the devil horns hand gesture… he did… look it up. 🙂

Ask just about any fan that has ever had any sort of interaction with him, and they’ll certainly tell you that he was one of the most genuine people in the world.

This all came into play when during an interview, Ronnie James Dio was asked by a woman what ‘heavy metal’ is. His answer is nothing short of spectacular. Don’t believe me? See for yourself!