Chuck Berry’s New Video For ‘Darlin’ Features Rare, Unseen Photos, And It Will Give You All The Feels! 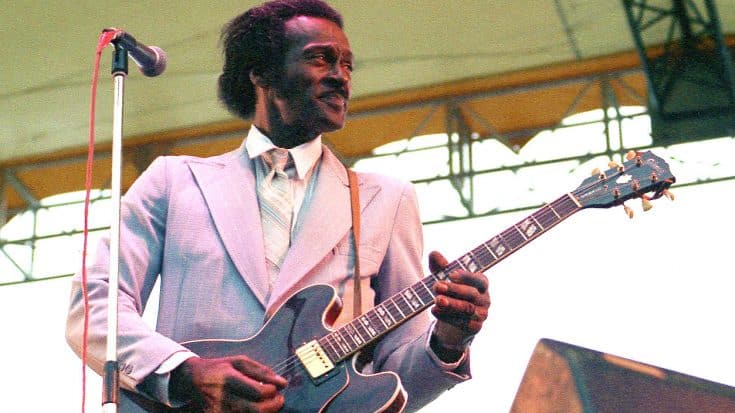 He is forever missed

Chuck Berry’s death was a major blow for the rock n’ roll world. The legendary pioneer passed away in March at the age of 90 years old, and left a lasting legacy which paved the way for so many musician’s in today’s scene. He is forever missed in the music industry, and is irreplaceable!

Last week, Berry’s first album in 38 years was released posthumously. It was a bittersweet feeling, because people were happy to hear his music again, but also sad knowing it’s the last material we’ll ever hear from him. In addition to the album being released, a music video for the song “Darlin'” was put on YouTube as well. The song’s video features a montage of rare, unseen photos and clips of Chuck throughout his career, as basically a tribute to the great guitarist! Any fan of Chuck’s will catch heavy emotions seeing this! We miss Chuck very much, and if this is the last music we ever hear from him, we thank him for all of the legendary songs!

Check out the music video down below, but grab a tissue, because you’re going to get all the feels!