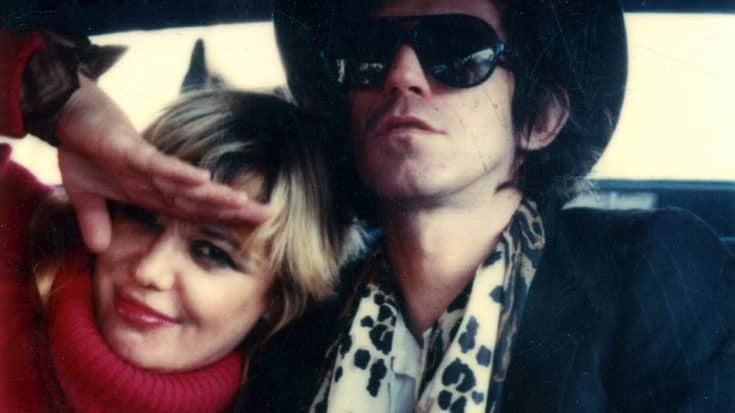 It’s been a rough week for the Richards family as former model and actress Anita Pallenberg died Tuesday at the age of 75, leaving behind the two adult children and 5 grandchildren she shared with Rolling Stone Keith Richards.

Though the pair split in 1979 after a relationship that spanned 12 years and several adventures across the globe with each other and The Rolling Stones, Richards and Pallenberg remained friends until her death – an event that has left Richards understandably devastated, the 73-year-old rocker taking to Twitter to offer up sweet tribute to her life and legacy.

A most remarkable woman. Always in my heart.
(Photo: Michael Cooper) pic.twitter.com/ubZtRYW1Am

A simple black and white photo adorned Keith’s Twitter in the hours after news of Pallenberg’s death hit the airwaves, bearing a mere eight words that summed up the magnitude of his loss: “A most remarkable woman. Always in my heart.” Yesterday found him seemingly at a loss for words, tweeting out a picture of the pair together in the seventies:

For some, Anita Pallenberg was ‘just’ a groupie; to others, an it girl who just had the luck of the draw on her side. To Keith Richards and those who loved her, however, Pallenberg was a friend, lover, mother, and grandmother – a powerful force in their world who will be sorely missed.