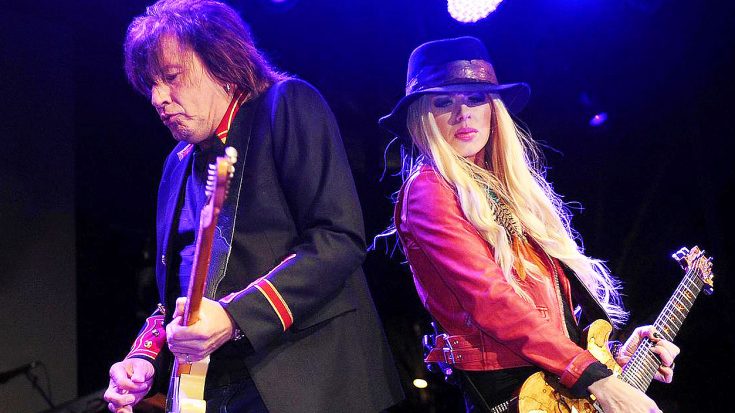 Over the weekend, thousands of musicians and fans came together for the annual NAMM festival in Anaheim, California. The festival is a weekend full of music and features a showcase, interviews, performances, and can’t-miss moments!

One of these can’t-miss moments that took place this weekend, was Ritchie Sambora and Orianthi’s performance. The two hit the stage and debut their new project which is dubbed RSO (Ritchie Sambora, Orianthi). Sambora revealed that the two recently just completed an album together, and are hoping to release it later this year! Apparently the album has 22 tracks, and at NAMM they debut one of those tracks, titled “Making History.” We don’t have any background on the song, or the lyrics, but we can say that it sounds pretty incredible! We’re digging the sound! It’s guitar heavy, and is a continuous drive that sounds like old school rock n’ roll!

Check out the new song down below, and let us know what you think! We’ll keep you updated when we hear more on this new album we’re expecting from Ritchie and Orianthi!