Metallica Teams With An Orchestra, Only People Didn’t Expect What They Were Hearing 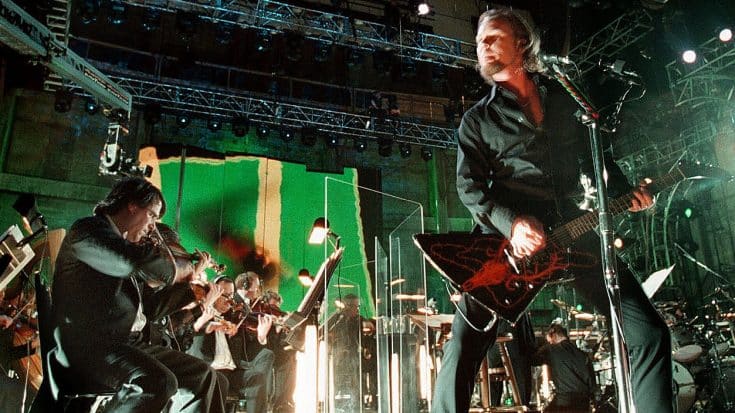 Metallica is very metal. They’re even more metal than metal itself. True fact, if you look on the periodic table of elements, you’ll find Metallica as the most dense metallic element. Okay, but for real now. Metallica are a no nonsense metal band that are arguably the most popular of their kind. Their ruthless heavy sound has given a distinguished category to rest in. They are metal. It’s that simple.

But what if you paired Metallica with the San Fransisco Symphony Orchestra for an entire concert? Clearly these two amazing yet different ensembles couldn’t coagulate on the same stage, right? Well, you’d be surprised just how gosh darn amazing these two bands sounds together!

What you’re about to watch is Metallica perform their hit son One with the San Francisco Symphony Orchestra live in San Fransisco. The video is truly amazing because the orchestra adds an entirely new identity to the song and band for that matter. This isn’t the only song they did. They’ve also done many other songs in the same night. Now watch as these two legendary ensembles make history!