Caught On Tape: David Bowie Rehearses For The Tour He Called A ‘Commercial Suicide’ 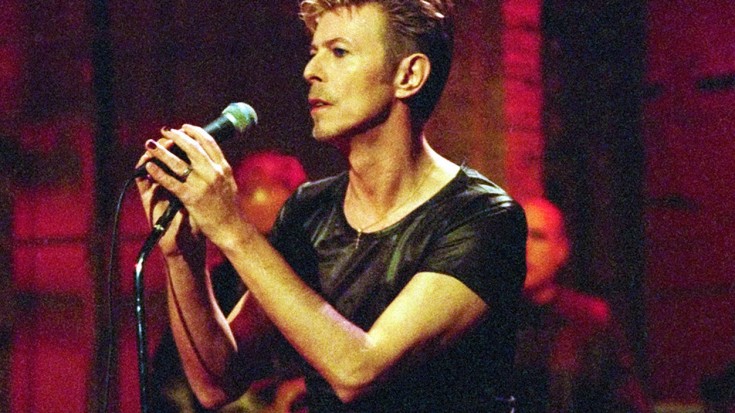 Late rock legend David Bowie was many things; a chameleon, a trailblazer, a visionary – but most importantly he was a risk taker, never afraid to test the boundaries of his creativity. Nothing proved Bowie’s fearlessness quite like his 1995 Outside Tour, a 68-date undertaking remembered for the addition of support acts Nine Inch Nails and Morrissey (who dropped off the tour’s European leg after only 9 days) as well as for the fact that for the first time ever, Bowie was daring to play songs that hadn’t yet been released, paired with obscure songs from the past that he’d never before done onstage.

Described by the singer himself as “commercial suicide” in a pre-tour interview with USA Today, Bowie’s Outside Tour was against all odds a success – and in the footage you’re about to see and hear, it’s easy to understand why. Ever the professional, Bowie treated every rehearsal as the real thing, putting forth twice the energy to ensure that the 68 shows he was about to star in around the world would be nothing less than absolutely stellar. If you’ve never seen or heard the master at work, you’re in for a real treat; make sure to check out the video footage of Bowie rehearsing with his band as well as the newly surfaced audio of the Outside Tour rehearsals!